When it comes time to begin transitioning to a sippy cup, there are many choices out there and finding the right one can be overwhelming (we know… we’ve been there!). Of course, if your child has a cleft palate, not all sippy cups are going to work due to their lack of suction (and most of the sippies that are considered spill-proof require quite a bit of suction). Some, but not all, surgeons suggest that your child start using a sippy cup prior to cleft palate repair, and to further complicate things, some surgeons have restrictions on bottles and require sippies with little to no spout immediately post op.

We’ve compiled an extensive list of sippy cups that cleft moms have had success with before and after palate repair. Just like bottles, every child is different, so what works for one child may not work for yours, but at least you have something to start with. We’ve divided the list into two sections: No Suction Required and Suction Needed.

All of these cups are available at most major retailers or on Amazon unless otherwise noted.

The sippy cups highlighted in this section are great before palate repair or in the weeks immediately post op as no suction is required. 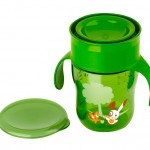 The Avent Natural Drinking Cup is a great option for children with cleft palates, both before and after repair, as there is no suction needed at all to drink out of it. The cup allows drinking from all around the rim, just like an open cup. It features a spill-proof, fast-flow valve that is activated when the child’s upper lip or nose applies pressure anywhere on the top of the cup. One downside is that some children quickly figure out that they can just push on the top while holding the cup upside down and end up making a big mess! Even still, this is one of the closest things to a regular drinking cup out there, while still being somewhat spill-proof. Average price is $5 per cup. 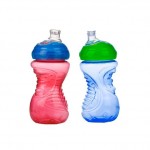 The Nuby Super Spout Cup is great for children with a cleft palate because the child doesn’t necessarily have to suck to get fluid out. All they have to do is bite down on the sippy spout to release the fluid. You can also cut extra slits in the spout for a faster flow (MOM TIP: if you cut the extra slits parallel to the existing ones, it will still be spill-proof!). Average price is $4 per cup. 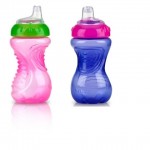 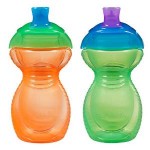 (In our experience, the Munchkin Click Lock Cup required a lot more suction.) 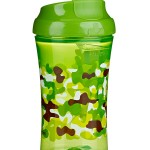 The Nuk Gerber Graduates Cup-Like Rim will only work for a child with cleft palate if you take the stopper out. It will then be free-flowing, but is still fairly easy to manage the flow because the opening is so small. The spoutless design is great for those who are not allowed anything with a spout in the weeks immediately post palate repair. You may have to hold and pour it for your child, but if you are willing to get a little messy,  you can allow them to do it themselves. Average price is $4 per cup. 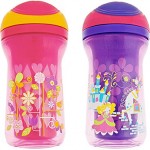 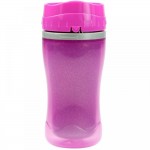 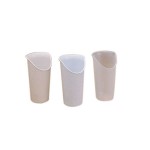 This a flexible open drinking cup with a notch cut out where your nose would go so that you don’t have to tilt your head too much to drink. This is a great option both before and after palate repair, but of course can be very messy since it’s an open cup. Depending on the age of your child, you will probably have to hold it for them. Average price is $4 per cup. We have not seen these in many stores but they are on Amazon. 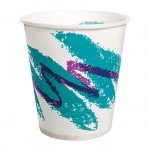 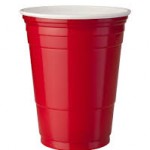 (MOM TIP: Consider using a plain old Dixie or Solo cup, as they have some flexibility to them as well. These are a great, cheaper alternative, and can be found in just about any store). 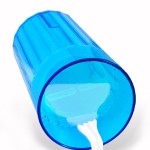 The Reflo cup is probably the closest option to a regular drinking cup out there. This is another great option for after palate repair since there is no spout that could potentially poke the surgery area. This cup is completely free flowing like an open cup, but has an insert that controls the flow of liquid anywhere along the cup’s rim and at virtually any angle. Again, depending on your child, you may have to hold it for them. If you do allow them to hold it, be prepared for some messes! Average price per cup is $7. These are not available in stores but can be found on Amazon or the Reflo website. 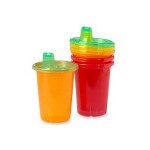 The Take n Toss Sippy Cup is a very inexpensive route to go…so if you’re on a budget, these are a great option. All you have to do is take a knife and poke it through the spout to create one large hole rather than three smaller ones and this will allow for a faster flow that your child will need since they don’t have the ability to suck quite yet. As this is a free-flow option, they can be messy. Average price is about $3 for a pack of 4 cups.

The sippy cups highlighted in this section are better post-palate repair as they require suction to drink from them. You can also now use many of the cups in the above section with the stoppers inserted. 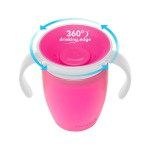 The Munchkin Miracle 360 cup requires light suction to release the fluid. While it may be too difficult for children to use prior to palate repair, it can be a great option post op. Kids can drink from anywhere around the rim, like a regular cup, and the rim automatically seals when the child stops drinking, keeping it spill-proof. These price of these cups is about $7. 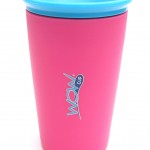 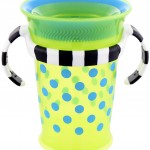 (In our experience, we found the Sassy cup to require quite a bit of suction to get anything out). 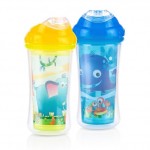 This cup is similar to the spoutless cups listed in the above section, but the mouthpiece itself acts is the no-spill valve so it cannot be removed. Therefore, this sippy cup requires suction. The mouthpiece is soft and flexible, and the child gets the fluid out by sucking but can also bite it too. (MOM TIP: Some moms have said their child was able to use these cups by biting alone, without any suction at all, so it may depend on your child whether they can use this before repair). Like the Nuby Super Spout above, you could also cut extra slits in the spout to allow for a faster flow as your child is building up their suction.  Average price is $5 per cup. 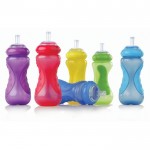 The Nuby No-Spill Sport Sipper works by biting and sucking on the straw. It may work for children before cleft palate, but you have cut the valve in the straw to help it flow faster. These are better after palate repair once your child begins to form suction. Average price is $3 per cup. 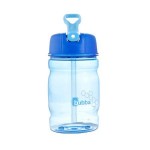 The Bubba Sport Bottle is a great option once your child gains some suction. There is no valve, so it does not require a major amount of suction, and is relatively spill-proof (as much as a cup can be spill-proof without a valve). This is just like drinking through a regular straw. Average price is about $4. 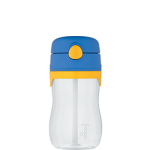 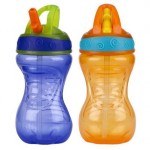 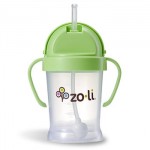 The Zoli BOT is a straw sippy cup that features a weighted straw that moves to the liquid whenever the cup is tilted allowing the child to drink no matter which way they hold the cup. Of all the sippies that have this feature, the Zoli requires the least amount of suction, but does require the child to bite and suck, which may take a bit for them to figure out. This is a great spill-proof cup that doesn’t require a ton of suction!  It’s a bit more expensive than most cups – average price is about $12-15 on Amazon. 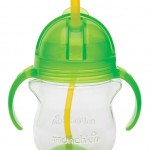 (In our experience, the Munchkin Click Lock Weighted Flexi Straw Cup required a lot more suction than the Zoli BOT). 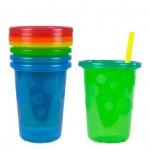 The Take and Toss Straw Cup is a very inexpensive route to go…so if you’re on a budget, these are once again a great option. These are just a regular straw cup and while not spill-proof, they manage to contain the liquid surprisingly well when knocked over. Average price is about $3 for a pack of 4 cups. 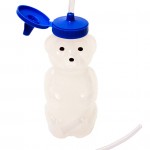 Many children who had a cleft palate do not understand the concept of sucking from a straw and need some help learning how to do this. The Honey Bear has been used successfully by many moms to help teach them. It allows you to control the flow of liquid into a child’s mouth and encourages children to learn how to straw drink. It can also be used to transition from bottle-feeding to cup drinking. We haven’t seen these in stores but have found them on the Talk Tools website for about $8. 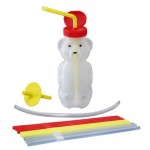 (The ARK option can be found on Amazon but they are quite a bit more expensive).

Other than the straw cups listed above, we found that the vast majority of straw sippy cups considered to be spill-proof require an enormous amount of suction to be able to use them. So much that even we, the moms, had a hard time getting anything out of them!! Some of the ones that just didn’t work for us (although they may very well work for you) include the Nuby Super Straw, Munchkin Click Lock Flip Straw, and Munchkin Click Lock Weighted Flexi Straw.

Have a suggestion? We’d love to add it to Cleftopedia! Please let us know by filling out this simple form.