The Nasoalveolar Molding Device (NAM) can be used for both bilateral and unilateral cleft lip babies. Its purpose is to bring everything as close together as possible prior to surgery, as well as help shape the nose and increase the columella (which is the piece of skin between your nostrils).

The NAM is very much like a retainer that your baby will wear, but since they don’t have teeth to hold it in, taping is used to create the tension needed to hold it in place. In some cases, the use of a denture adhesive like Fixodent may also be used to help keep it in place, but not all babies will need this extra step. It will be up to you to tape the NAM to your baby’s cheeks on a daily basis. The type of cleft your child has (unilateral or bilateral) will determine the amount of time that your baby will need to use the NAM. On average, a unilateral cleft will require the NAM for around three months while a bilateral baby might be required to wear it for up to five or six months. Again…every surgeon is completely different, so this is one question you will want to ask yours.

The pros of the NAM are that it gently moves everything closer together over time and minimizes the amount of stretching required at the time of surgery, as well as the results you achieve for the nose. This is the only device that actually focuses on shaping the nose prior to surgery, so if your baby is going to be born with a bilateral cleft lip (like the babies showcased below) this might be a good choice for you, since most bilateral babies do not have much of a columella to begin with. Another thing that mommies have liked about the NAM is that it’s removable, easy to clean and non-invasive (the molding only takes about 5 minutes).

The cons of the NAM…it’s a commitment. You will most likely be required to see your team every week for adjustments. You will be required to change the tape and rubber bands on the NAM daily to maintain tension and keep everything moving where it’s supposed to be prior to surgery.

Overall, the consensus is that the pros outweigh the cons and every mother that we’ve spoken to that has used the NAM is extremely happy with the results. If you choose this route…just remember, there will be a day that you curse the tape, but it’s only for a short time and you’ll be happy you did it in the end. Be sure to click here to find some mommy tried and true taping tips! 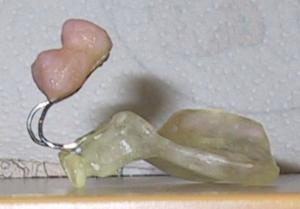 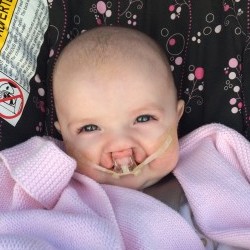 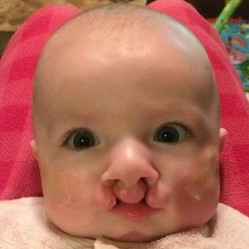 The day before surgery 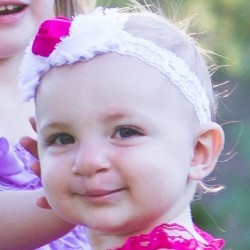 Hear about the NAM from Isla’s Mom

“Isla was three weeks old when she was fitted for her NAM and it took about a week from there until she was actually wearing it. It wasn’t as bad as I was expecting. She took to it right away and even started using the NAM as sort of her pacifier. When Isla was born her premaxilla was about 11mm away from the rest of her gum line and her columella was only 0.5mm long. She wore the NAM day and night and by the end of everything her premaxilla was only 1mm away from the rest of her gum line and her columella had grown to 6mm! We were very pleased with the outcome of the NAM and would do it again in a heartbeat. The biggest troubles we had with the NAM was the last month she was wearing it (she wore it for a total of 4 months). During that time the taping became more of an issue because she was becoming more mobile, so we had to get creative. There were days when I felt as if I was in a constant battle to keep the NAM in place, but it was all worth it in the end” – Dara Smith 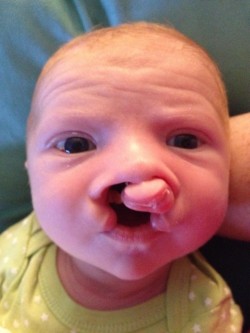 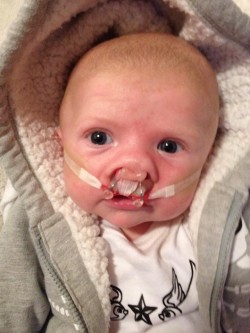 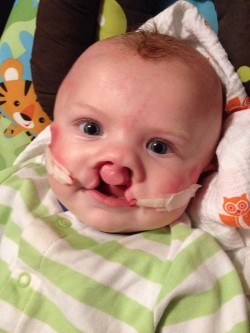 The Day Before Surgery 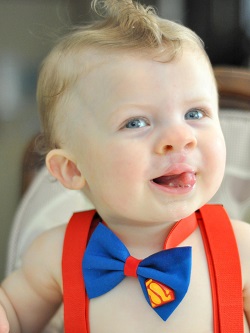 Hear about the NAM from Will’s Mom

“The NAM”… without even knowing what it stands for, it has a daunting ring to it, doesn’t it? We had heard so many horror stories from other families about how awful their experience with the NAM was that I was completely convinced this was going to be a constant, torturous battle for the first few months of Will’s life. But I also knew after doing tons of research while I was pregnant that the NAM is one of the best presurgical options because it not only prepares the babies for the most successful surgical outcome, but it also minimizes the number of future surgeries needed. Especially for babies like Will with a bilateral cleft where there is so much work to be done to gently stretch and move everything into place and build the shape of the nose. So even with all of the horror stories I’d heard, there was no question in my mind that this was the best course of treatment for Will. He was fitted for his NAM at 2 weeks old, it was placed a few days later, and he wore it for a total of 17 weeks. We saw a change within the first week, and his progress throughout the treatment never ceased to amaze us. In fact, he responded so well to the NAM that his surgery was actually moved up a full month from his original date. And I have to say, it was not nearly as bad as I had thought it would be. He didn’t really mess with the device itself, and he actually ate better with it in since it covered his palate. The biggest issue we had was the tape we used to keep it in place – no matter what we tried (different base tapes, different angles, sizes, and shapes, etc), it really irritated his little cheeks, and through that last month it was almost impossible to keep the tape on! But we stuck with it, and Will’s results are nothing but amazing. I am a HUGE NAM advocate, and am so grateful we chose this course of treatment for our little superhero. – Danielle Zierer” 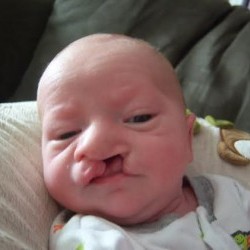 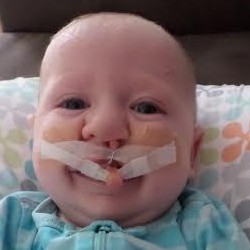 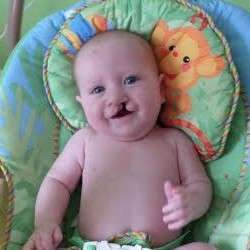 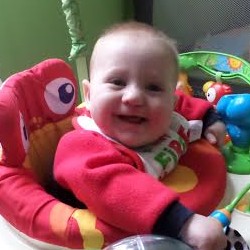 Hear about the NAM from Xavier’s Mom

“I hit the ground running when we found out about the cleft, on my 22 week ultrasound. I started doing research about clefts, surgeries, and pre-surgical devices. I definitely wanted to use something before surgery, I liked the idea of helping the surgical outcome as much as possible beforehand. When we met with the cleft team at the hospital that discovered the cleft, I found out they used the NAM, and I was very excited about it. At two days old, Xavier was molded for the NAM, and we came back a week later to get it fitted and learn how to make tapes. What no one tells you, is the second you put the tape on, your baby will look so different already. That was pretty hard on me, and I wanted to stop using the NAM immediately. But I knew it would help so I stuck with it. About half way through our NAM journey, Xavier developed an oral aversion to it. We explored every reason why he wouldn’t be eating, from reflux, to ulcers and rubbing, to the formula we were using. Turns out he just decided it didn’t like it anymore, and refused to eat with it in. We had to take it out every time he ate, and put it back in after. We also had to keep mittens on him most of the time, so he wouldn’t pull it out. The NAM isn’t easy; driving out to the hospital every week for adjustments, taping your baby’s cheeks, Fixodent EVERYWHERE. But it did so much good for my son, and I would do it all over again in a heartbeat.” – Kaitie Shivak 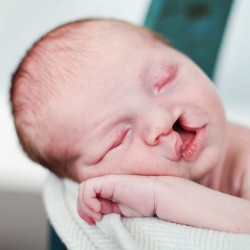 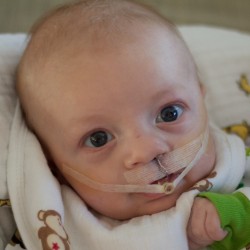 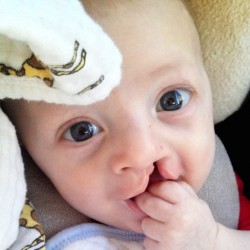 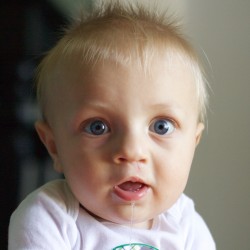 Hear about the NAM from Jackson’s Mom

“Jackson was 2 weeks old when he was fitted for his NAM. The following week we learned the taping process and he began wearing it day and night. He wore the NAM for a total of 13 weeks. We began taping his lip during Week 6 and the nasal stent was added during Week 11. Jackson’s cleft was 12mm wide when we stared the NAM and at the time of surgery his gums were almost touching. We had a love/hate relationship with the NAM, but I am so grateful that we used it. At our follow up appointment with Jackson’s surgeon, I thanked him for the awesome repair. He in turn said that we did all the hard work and that made his job easy. It is amazing how much the NAM can improve surgical outcomes. It is was hard and at times we wanted to give up, but I will be forever grateful that we stuck it out.” – Jerri Ann Britt